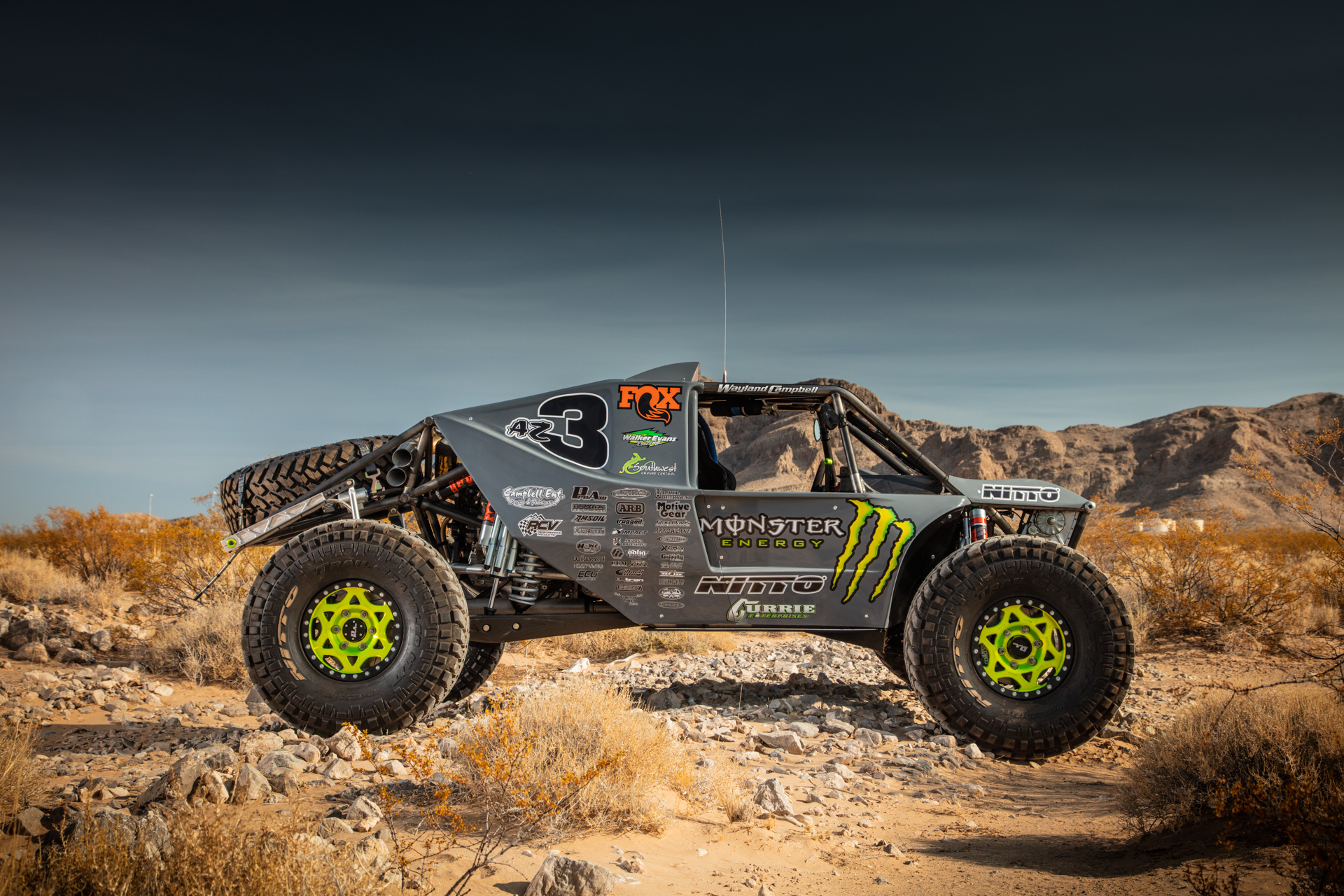 Having some big shoes to fill following in his dad’s footsteps in a short amount of time, Wayland has brought himself to the top of the field.  Knocking down a Unlimited National Championship in Japan, winning a Ultra4 Western Series Championship, 2nd place Ultra4 National Series Points Championship, 1st place Baja 1000-his first time, finished every King of the Hammers race he entered respectfully, 2013 DirtSports “Rookie of the Year” and Off-road Motorsports Hall of Fame “2015 Rising Star Award” and is not slowing down.  Wayland stepped into the single seat car, keeping it up front pushing the leaders and letting them know he’s got it figured out.  Between races Wayland attends college, preps his own car and works a full time job.